Taeyang is the new face for NBA’s 2015 Spring/Summer collection! MK Trend, the official Korean licensee for the NBA, plans a domestic and international campaign and say that they believe in “Taeyang’s influence as a global star” and that he has “already crossed the boundaries of kpop.”[trans: @youngxbae] “In addition to the music, his fashion and style attracts interest and is expected to have big synergies with the NBA brand.” The NBA line has both online and offline stores and plans to open another 100 shops throughout Korea and China this year. Source (via @YBManiaOfficial and @YB_518%) More at http://china.nba.com/news/4/2015-03-13/1021/27207.html and http://china.nba.com/photos/41/2015-03-13/1039/6730.html#p=5 Other photos from Baidu (via allthingstaeyang) and stylogue. 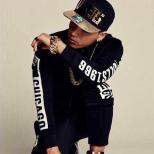 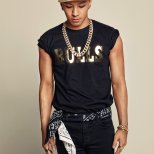 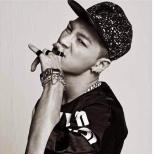 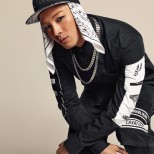 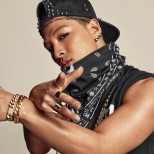 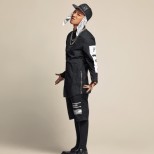 Big Bang’s Taeyang has been selected as the commercial model of the multi street casual brand ‘NBA’ in the 2015 S/S season. Welcoming the 2015 S/S season, NBA has selected Taeyang as the new season’s model as it presented a new set of casual styles in Korea as well as in China. Currently developing various fashion items with a hip-hop and street culture feel, NBA has recently been receiving the spotlight as the rising brand in the fashion industry. NBA will be presenting a line of chic black and white casual looks to consumers in Korea and China, shifting its focus to the Chinese market. Taeyang, who has been selected as the model of the upcoming season, recently formed a unit with Big Bang’s G-Dragon and promoted the single Good Boy, rising as a fashion icon with trendy hip-hop style. An affiliate of NBA stated on March 6, “We’re anticipating the synergy effect that the world renowned artist Taeyang will bring forth as the model of the 2015 S/S season. By selecting him as the model, both NBA and Taeyang will receive more love from the fans in Korea and China.” NBA’s 2015 S/S photoshoots will be released through the NBA website and the official Facebook page.